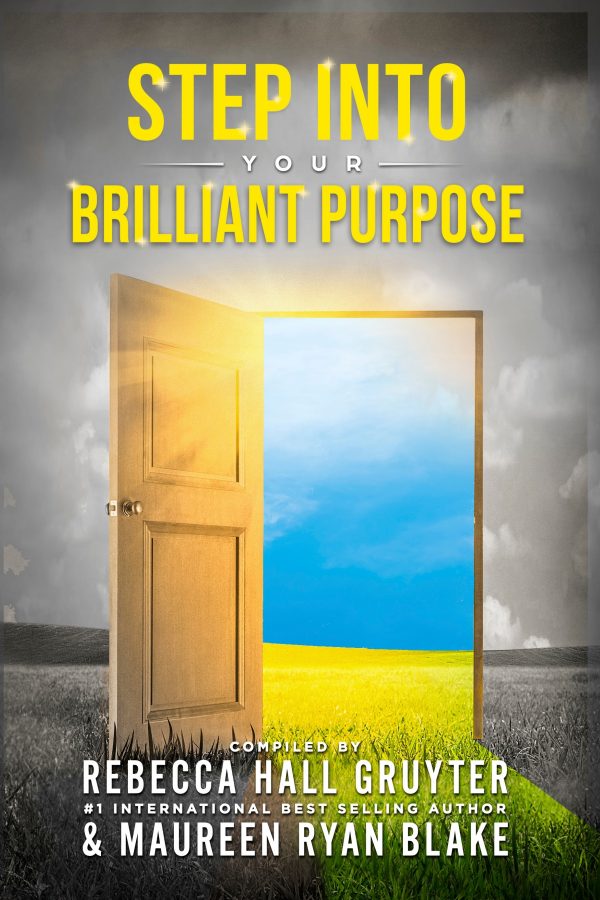 Step Into Your Brilliant Purpose Anthology Project PLATINUM SOLD OUT

This is the Second book in the empowering purpose series.
Release date: March 1, 2022

This powerful book will feature up to 30 co-authors, who will share their unique perspective and personal journey of discovering and stepping into their purpose. They will share tips and insights they discovered on the journey to empower the reader to step into their brilliant purpose….in doing so they can step into living their life in full color, full purpose, and deep meaning.
Our co-authors will enjoy greater visibility, positioning, and expanded reach in the marketplace here in the U.S. and worldwide. Being seen as an Expert and Best-Selling Author, increase their visibility while making a difference with their message while increasing their reach – a winning combination!

Platinum Level
This level includes everything in the Gold Level plus:
• Interviewed on Rebecca’s The Author’s Journey Podcast (Shared out on multiple networks including: VoiceAmerica Variety Channel, RHG TV Network, VoiceAmerica TV Network, Speak Up and Listen Network, Spotify, YouTube, Stitcher, and iHeart Radio Network.)
• 45 min Strategy Session with Rebecca Hall Gruyter to discuss your strategy for the major media exposure and strategies to use your chapter to grow your list.
• Citation as an expert in 2 major medias (CBS, ABC, NBC News, and FOX) Typically get you quoted in all 4. You will be quoted in at least 2 of the above listed major medias, be given the logos to use in your graphics. (You can use this positioning to position you as an expert in your professional or you can position your book(s)).
o Graphic provided of your picture/graphic and the logos of the major medias….so you are able to share on your website, social media and in email…as seen on ABC, CBS, NBC News and FOX (whichever major media’s you were quoted on).
o Your Press Release will be released out to 500+ media outlets (newspaper, radio, and TV sites)!!! (Including: The Herald, The Times, The Global Tribune, The Community Post, ABC, FOX, CBS, and NBC).
o Your Press Release released out to 100s of blog and social media platforms.
o RHG Shares your success out in social media and in their RHG Magazine.

There are no reviews yet.

Be the first to review “Step Into Your Brilliant Purpose Anthology Project PLATINUM SOLD OUT” Cancel reply
This site uses cookies: Find out more.